Share a memory
Obituary & Services
Tribute Wall
Read more about the life story of Eldon and share your memory.

Roy Eldon Smith, 81, formerly of Nevada, passed away on January 6, 2023 at Mercy Hospital in Joplin, MO following a lengthy illness. Eldon was born December 22, 1941 in Nevada to Harry M. and Cleo D. (Shirley) Smith. He married Karren Ruth Mitts on June 9, 1965 in Nevada and she survives of the home in Joplin.

Eldon was raised in Nevada. After graduating from the Nevada High School in 1959, he worked alongside his father at their business, Smith’s Garage, restoring and customizing cars.  He very proudly served in the Missouri Army National Guard for 21 years, retiring as Sgt First Class.  Eldon was a vocational education teacher at the Nevada Habilitation Center for 14 years. He also loved driving a school bus for the Nevada R-5 school district for 21 years and     remained in contact with many of the children he transported.

A lot of great memories were made at Stockton Lake camping and boating with his family for many years. He and Karren have many friends, and always enjoyed their game nights with their dear friends, Charlie and Elaine Brown.  He had a strong love for old cars and hot rods, but his pride and joy was his 2003 Anniversary Model Corvette.  Although, his greatest joy came from his children and grandchildren. He wouldn’t want to leave out his love for his multiple grand dogs.

Survivors, in addition to his wife, Karren of 57 years, are his two daughters, Jami Hendren (Mark), Joplin, and Melinda Headrick, Springfield, MO; nine grandchildren, Britney Smith, Jace Headrick, Brynna Headrick, Brielle Headrick, Kate Black, Maddie Hendren, Sam Hendren, Abbey Calton, Emma Hendren; and a great-grandson who was named after him (his little side-kick), Oliver Eldon Smith; as well as many nieces, nephews, and cousins.  He was preceded in death by his parents, and one sister, Irma Sue Ashley.

The family will receive friends from 1-2:00 p.m. on Wednesday, January 11, 2023 at Ferry Funeral Home in Nevada.  A Committal Service with Military Honors will follow at 2:30 p.m. in the Newton Burial Park in Nevada with Pastor Bill Platt officiating. All friends are invited.

In lieu of flowers, the family requests donations be made in honor of his love for animals and military to the Joplin Humane Society or the Wounded Warriors Project in care of Ferry Funeral Home.

To send flowers to the family or plant a tree in memory of Eldon Smith, please visit our floral store. 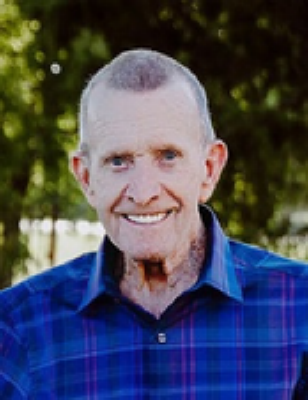