Share a memory
Obituary & Services
Tribute Wall
Read more about the life story of Loyal and share your memory.

Loyal Vaughn White, 71, Rich Hill, MO went to be with the Lord on Friday, January 20, 2023 at his home in Rich Hill following a lengthy illness. Vaughn was born December 18, 1951 in Van Buren, AR to Thomas F. and Anna L. (Nordin) White. He married Alanette Reddick on February 1, 1996 in Little Rock, AR and she survives of the home.

Vaughn grew up in Tulsa, OK. He served with the United States Army during the Vietnam War from 1969 to 1972. Following his time in the service, Vaughn returned to Tulsa and worked in a factory for a time, then in sales for Spectrum Paint in Tulsa, as well as managing an apartment complex, also in Tulsa. He was a member of the First Baptist Church in Schell City where he served as a deacon. For the past 11 years he has resided in Rich Hill.

Funeral services will be held at 1:30 p.m. on Monday, January 23, 2023 at Ferry Funeral Home in Nevada with Pastor Doug Reynolds officiating. Interment with Military Honors will follow in Green Lawn Cemetery in Schell City, MO. The family will receive friends from 2-4:00 p.m. on Sunday afternoon at Ferry Funeral Home.

Memorials are suggested in his name to the Wounded Warriors Project c/o Ferry Funeral Home.

To send flowers to the family or plant a tree in memory of Loyal Vaughn White, please visit our floral store. 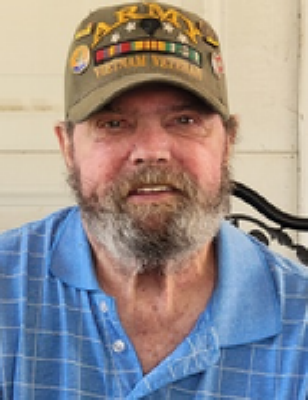